Jalon Valley Help recently sought photographs for the 2023 calendar and greeting cards under the title of ‘Our Colourful Valley’. So many of us dug into our photo portfolio, or our mobile phone, to see if we had anything which answered to the challenge – which we would be proud enough of to submit for consideration. In all 52 entries were received which more than answered to the challenge and showed that
we really do live in a colourful valley. There was everything from Almond Blossom (of course for JVH!), poppies, grapes and oranges as well as some beautiful local views.

At the start of the week all 52 entries were displayed at the Ánimo Drop-In Centre in Alcalalí, and on Wednesday 20th July the JVH volunteers were invited to submit their votes for their first three favourites.

The overall winner, as chosen by the volunteers, was Dave Burdon for his photograph "Fruits of the Valley", for which he received a prize of 100€, which he very generously donated back to the charity. All competitors received a bottle of cava as a thank you for taking part.

The best twelve photographs, based on the voting, will be included in the JVH 2023 calendar and, with other photographs of merit, in the next range of greetings cards, all of which will be on sale at the JVH shops in the autumn. 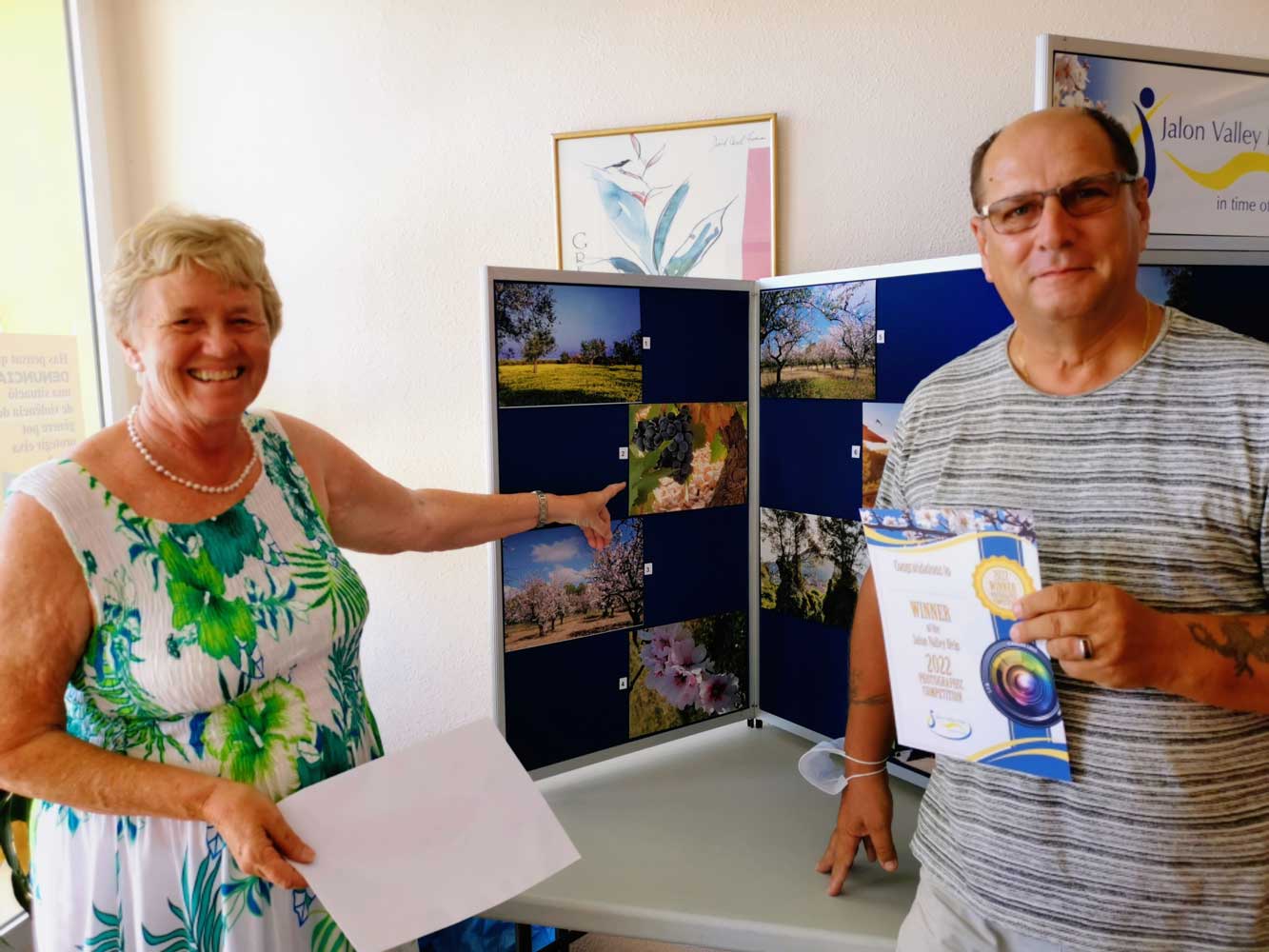